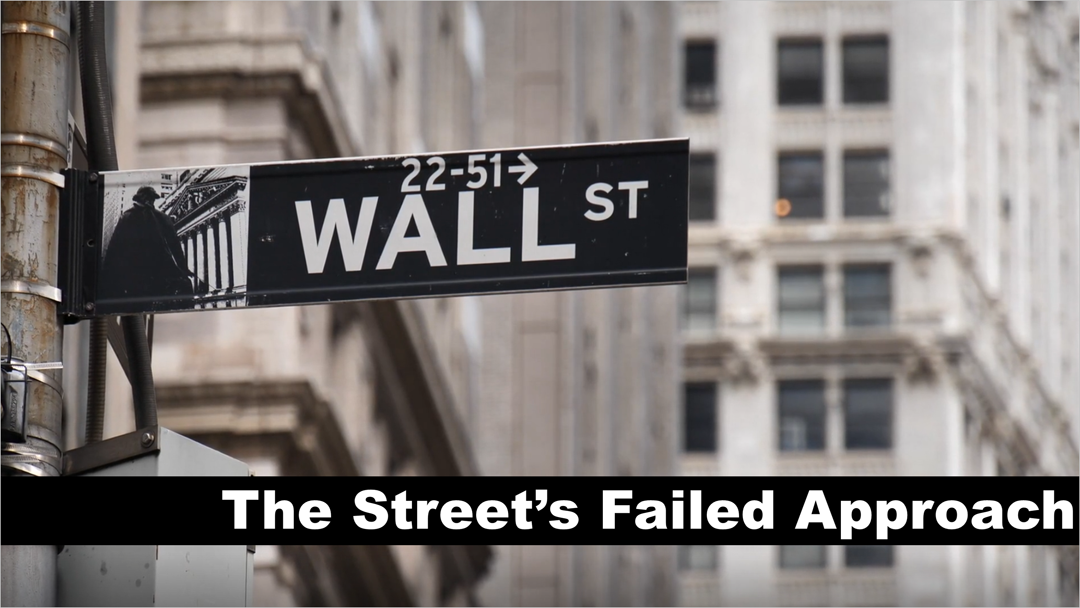 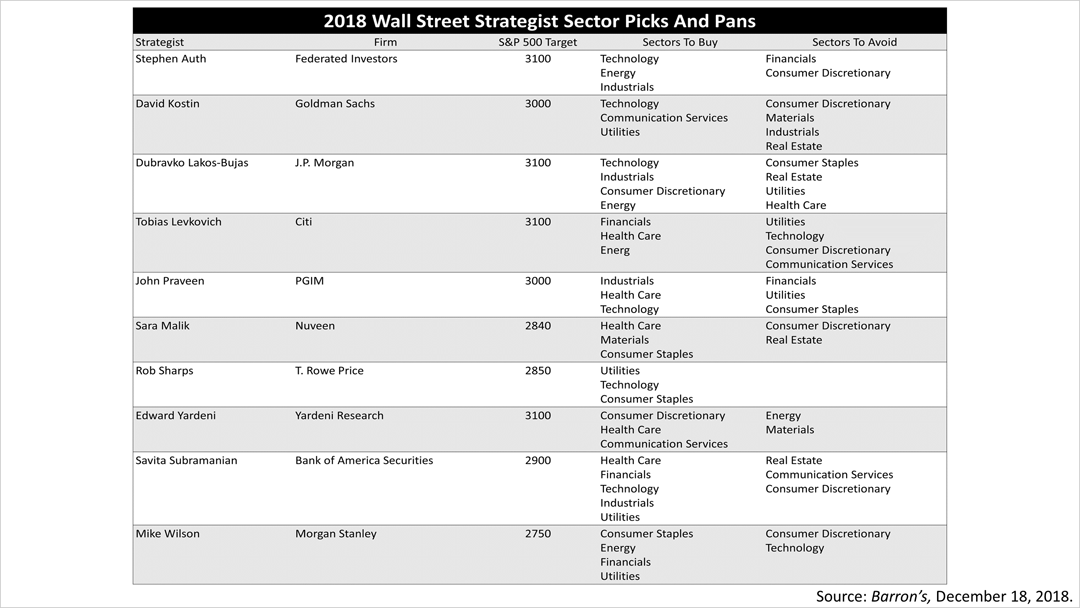 In mid-December every year, Barron's, a financial magazine, publishes a cover story featuring 10 top Wall Street strategists' picks for the best sectors to buy and avoid in the year ahead. In December 2018, the 10 strategists' picks and pans published in Barron's are shown in the table below. How did their predictions turn out? 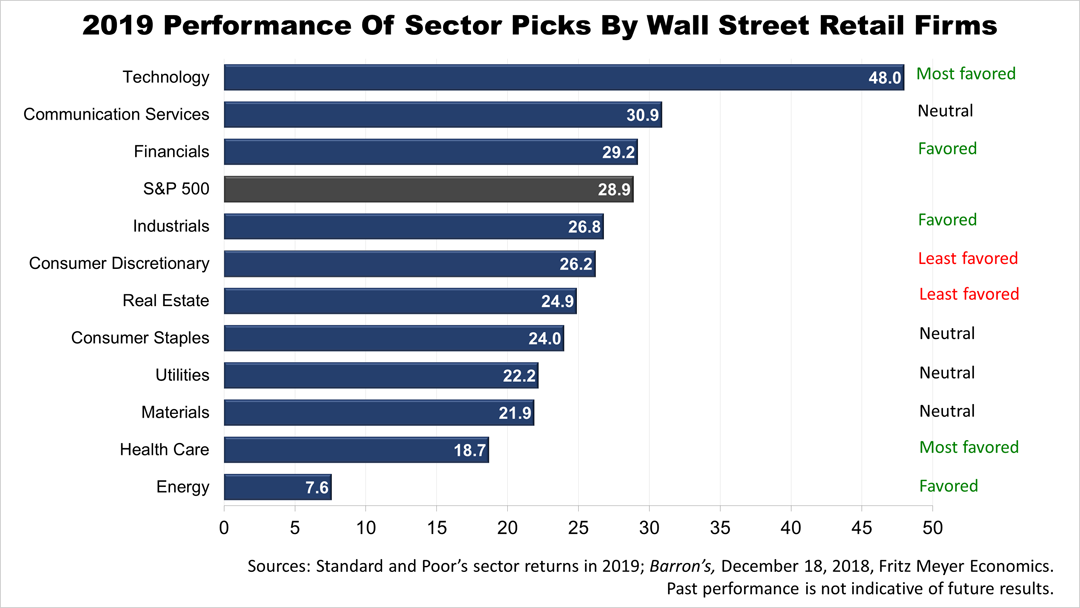 The blue bars show the performance of the 11 S&P industry sectors and on the right indicate the consensus predictions of strategists surveyed in Barron's December 18th, 2018 cover story. The sector most favored in December 2018 was Technology, and Wall Street correctly predicted tech would outperform in 2019. But apart from that big win, their picks were off, some disastrously.

For instance, Health Care was as popular a pick as Technology, and it badly lagged the S&P 500. The two industry sectors that Wall Street recommended underweighting — Consumer Discretionary and Real Estate — ended the year up more than 26%, only slightly underperforming the S&P 500 index. 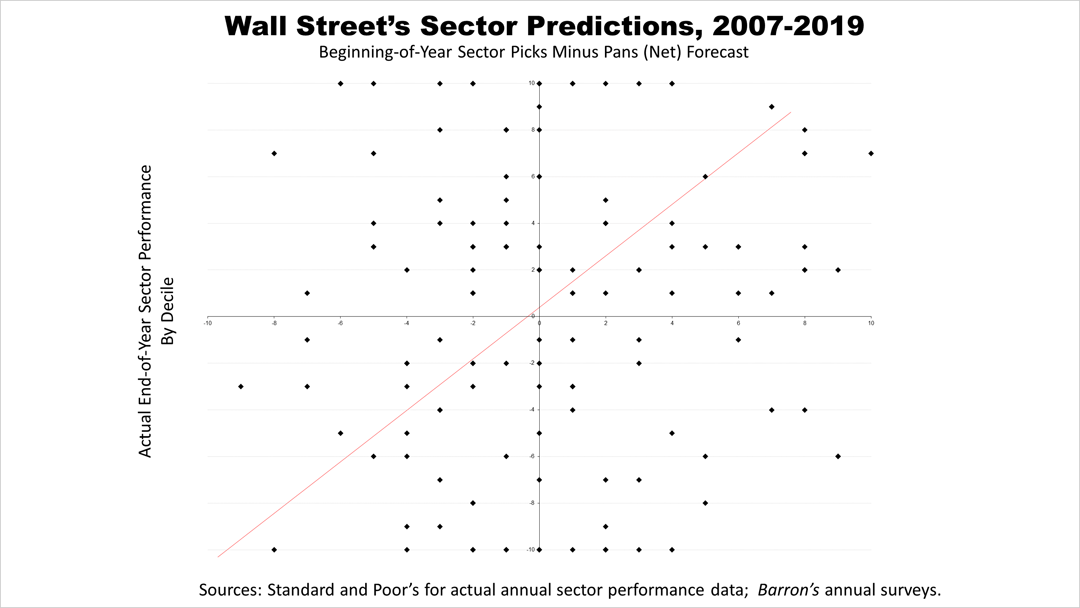 This data was compiled by economist Fritz Meyer, an investment strategist at a Wall Street retail giant for over a decade before going independent in 2009, whose research we license.