Is The 4% Solution Right For Your Retirement Plan? 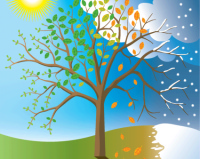 Most financial planning is about accumulation. You work, you save, you invest, and if you do everything right, you win. But what will you do with that retirement account full of assets? And what will you truly be able to afford? When you start spending your nest egg, you’ll need to decide on a withdrawal plan that will fund your big plans without jeopardizing your future. Perhaps the most common approach is to pull out 4% of your savings each year. In most situations, that will keep you solvent no matter how long you live. But it may not always be the best approach.


Earlier generations didn’t have to deal with this question. People often spent an entire career working for one company and received a generous pension in return. Add Social Security and they had enough guaranteed retirement income to see them through their decade or so of life after work. But now company pensions are disappearing, and today’s near-retirees have to worry not only about whether they’ve saved enough in their 401(k)s and IRAs, but also whether their savings will support them through as many as 30 years or more of active retirement. “We have this huge wave of baby boomers about to retire, and their overriding concern is whether their portfolios are adequate,” says R. Gene Stout, a finance professor at Central Michigan University.


Calculating what is adequate is complicated by the fact that spending during retirement inevitably varies from year to year and decade to decade. In a recent survey of 2,000 pre-retirees by Sun Life Financial, most said they expected the income they needed to fund their lifestyles would fluctuate, particularly during the early years of retirement. But taking too much too soon could do outsized harm to a portfolio, draining assets that otherwise could have grown to help finance later years. Ill-timed market downturns and inflation can also be crippling.


What is a safe withdrawal rate or strategy? “There’s always that investor who says, ‘I’ve accumulated all of my life and now I’m going to retire and switch everything to bonds and take 5% for life,’” says Dru Donatelli, a professor at the State University of New York and assistant vice president of special markets at John Hancock Financial Services. But that approach may fail to keep pace with inflation in general and with rising health-care costs in particular. The latter is a big expense for most retirees, and health costs are increasing three times as fast as other prices.


Simply withdrawing 4% to 5% of a portfolio’s assets each year has its own potential benefits and drawbacks. It has been thoroughly studied, and it seems to work. For example, consider the potential payout from model portfolios keeping 50% to 75% of assets in large-cap stocks and the rest in intermediate- and long-term bonds. If you withdraw 4% the first year from such a portfolio and continue pulling out the same amount, adjusted for inflation, you’ll stay solvent for at least 30 years, according to one study. But unless you have a huge nest egg, that approach won’t give you much to live on—just $40,000 a year for every $1 million you’ve saved.


Another simple solution, popular during the mid-1990s, was developed by mutual fund legend Peter Lynch. His model portfolio, fully invested in equities and generating average annual returns of 10% to 11%—the long-term historical average—could support a 7% annual withdrawal rate, adjusted for inflation, without draining assets. But such a portfolio could be decimated during bear markets like the three-year decline that hit stocks in 2000-2003.


Today, many experts prefer a flexible approach that adjusts withdrawals according to changing income needs and market fluctuations. Increasingly powerful computer simulations make it easy to model different scenarios and to gauge the impact of changes in many variables. For example, a study by three Trinity University professors considered withdrawal rates ranging from 3% to 12%. The money came out of five model portfolios—one with all stocks, another all bonds, and three with various blends of stocks and bonds. The researchers plugged in historical data from withdrawal periods beginning at different starting points and lasting 15, 20, and 35 years.


According to the study, adding bonds to the portfolio mix increased the likelihood of success, particularly at lower withdrawal rates, but the authors also concluded that most retirees would benefit from having at least 50% of their holdings in stock. Meanwhile, withdrawing just 3% to 4% from a stock-heavy portfolio was likely to create wealthy heirs at the expense of a retiree’s current income. And for payout periods of 15 years or less, withdrawing 8% to 9% each year from a stock-dominated portfolio appeared to be sustainable. However, don’t underestimate the importance of long-term care insurance in protecting yourself; a major long-term care situation early in retirement could devastate your life savings, since Medicare won’t cover expenses until a great portion of your assets have been exhausted.


“Taking 4% a year gives you a starting point,” says Peng Chen, president of Ibbotson Associates, an institutional research and consulting firm. “It gives you a rule of thumb in terms of how much you can take out versus how much you have. But there are many different strategies for managing your money and spending it during retirement, and these days, it’s possible to create very sophisticated plans. No one size fits all.”